Working in the USA - Treasure Hunter

From Working in the USA - Behind the Scenes -

I left Strasburg, Colorada and continued east to Byers where I found my first Working in the U.S.A subject. Craig, who refers to himself as a treasure hunter, was selling goods from his beat up van at a corner in town. With everything from clothes to jewelry, he was basically a garage sale on wheels. Long hair held back with bands, black sunglasses, tattoos, and t-shirt with a naked woman artistically rendered as a motorcycle spoke of a man rough around the edges. But he was friendly. Craig had had some mishaps in life, which made selling used goods one of his best money making options. He said he wanted to stay out of trouble and spend more time with his children. He seemed content with this choice and commented that the biggest problem with is job is finding enough stuff for all the people out there looking for more stuff. Though he didn’t appear excited about me taking his picture, he told everyone coming to the van who I was, what I was doing, and that he would be part of my Project. 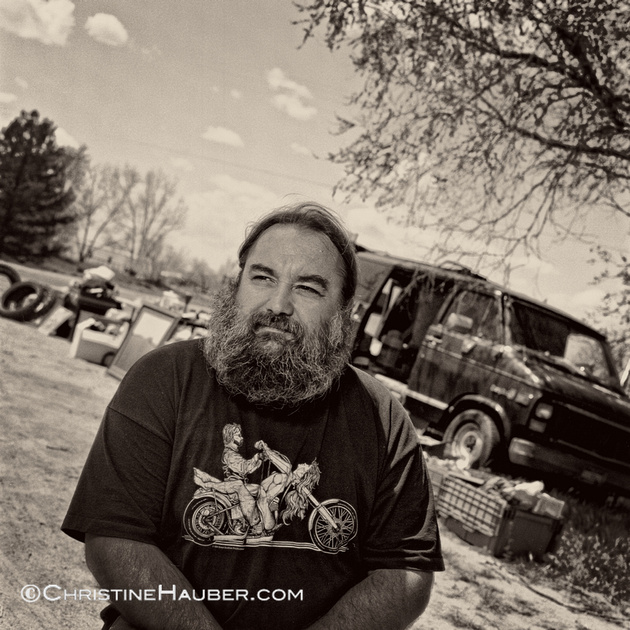 Treasure HunterThis is one of the first images I captured during my three and a half year photography project about the people of America and the work they do.