Working in The USA

WORKING IN THE USA
Photography and Text by Christine Hauber
Edited by D.M O’Keefe 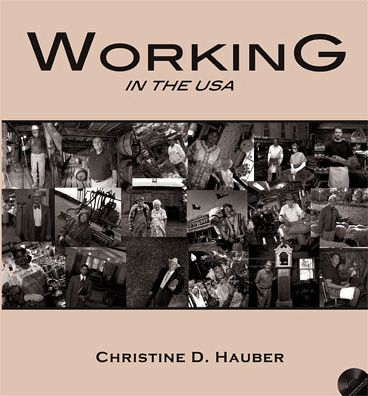 About Working in the USA

For three years photographer Christine Hauber traveled throughout the United States to explore work life at the turn of the 21st Century. The hundreds of images that resulted, as well as the subjects’ own words, reveal a surprising amount of worker pride, optimism and satisfaction. Recorded here are the faces and words of ordinary people, who in their diversity and uniqueness offer a cross-section of the richness of American life. Working in the USA, gives readers a glimpse of who and what Hauber discovered during her documentary labor of love.

The diversity on the pages of Working in the USA makes it an important contribution to the country’s history. Each photograph is a snapshot in time, a time when job opportunity and freedom of choice are as obvious to workers as the color of the sky. Hauber’s randomly selected subjects rarely complained about their occupations. They often expressed a belief that lack of desire and hope spells employment failure, but effort, persistence, and a focus on goals can take anyone in the United States where they want to go.

Working in the USA unveils a fraction of the people and places that Hauber recorded, and yet, the variety here takes the reader on a fulfilling journey through America’s nearly limitless employment landscape.

As a whole, this collection is a testament to the wellness of the American Dream. 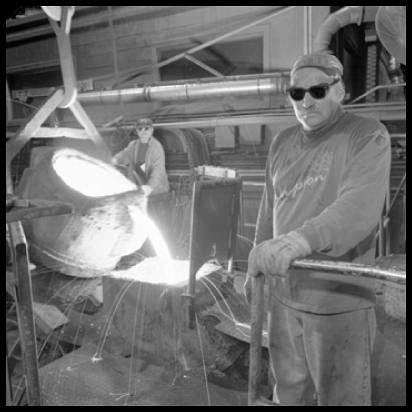 Inroads: The Journey behind Working in the USA. is a narrative book that explores America and her people, taking readers on a magnificent and unique tour along the two lane highways of this country we call home. This is the perfect book for the drifter, dreamer, and story-teller in all of us.

Christine Hauber’s “Working in the USA” affords the first opportunity to explore the origins, scope, and aspirations of the American worker. Hauber’s honest treatment of her subjects and her faith in the intrinsic power of the medium have produced a body of work that is often striking in its purity, in its steadfast celebration of things as they are.

This book reproduces two hundred and seventeen duotones of Christine Hauber’s photographs capturing individuals across the country. It also includes an audio CD of each worker’s thoughts and experiences in relation to their work and life.

“The journey that led to Working in the USA began with an idea that grew into a dream. The larger and broader the dream grew, the more consumed with it I became. Before I knew it, I was beyond dreaming and into action, moving toward reality. As a small business owner, I’d already made something from nothing and knew I was capable of doing it again. But my fear of the unknown threatened to stop me cold. Fortunately, my fear of failure was a stronger motivator. I could not imagine having to explain to those who know me that I gave up the goal because of minor or temporary setbacks. So I pushed ahead, finally reaching my embarkation point. Working in the USA is the result of hundreds of bright days, dark nights and long miles of living a dream. In unknown surroundings with a dog, a cat, and a camera, I captured the images of everyday working Americans.” – Christine Hauber

Prizewinning photographer Christine Hauber is a graduate of the Art Institute of Colorado and the University of Colorado. Her photographs have been shown in galleries nationally and showcased in B&W and Photo Technique magazines. She has also been the subject of several television programs, including the Fine Living Channel’s Radical Sabbatical and CNN’s NewsNight with Aaron Brown. She works primarily with black and white film, hand processing and hand printing each of her images. 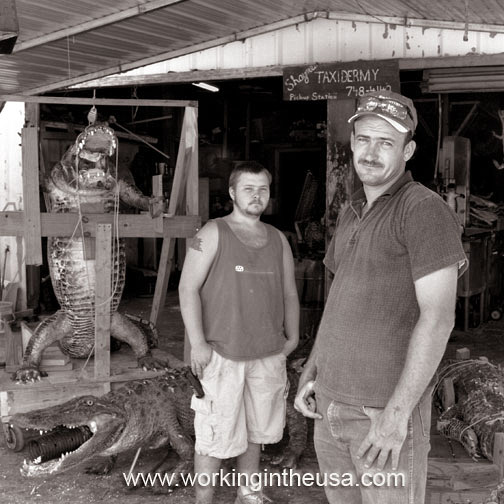