Very often at my art festivals when patrons are looking through my unframed bin photographs I hear the question, "What are traditional gelatin silver photographs?"   To me the answer is clear but to many people who either have not studied photography or have grown up more recently during the digital age, this is an understandable question. 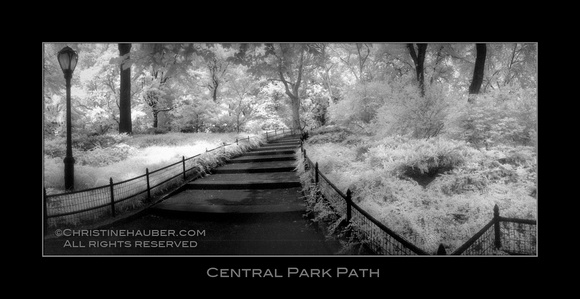 In today's digital age, technology has allowed everyone from the hobby photographer to the pro photographer to easily have access to printing their images at home, at local box stores or through online labs. In the past ten years or so, most of these processes have turned to inkjet printers, some with high end archival inks and papers.  Because these are the most common means of printing now, the traditional wet darkroom silver gelatin photograph has slowly become a lost art. As time goes on, there will be fewer and fewer photographers practicing this art of traditional black and white photography. Darkroom printing, by any standard, a slow, tedious, and inefficient method of recording an image and producing a photographic print. Those, like me, who continue printing in traditional and alternative ways tend not to be interested in efficiency, but rather the joy and satisfaction of creating a photograph with the rich tones and quality that can't be achieved by any other method.

For most of my patrons who ask, I quickly explain the gelatin silver photograph as "a photograph printed in a darkroom in which silver halides that are sensitive to light create the final image from my film negatives." For many people who don't quite understand this, I explain that most photographs in present day are printed using large printers from digital files, some of which started as film but were scanned for digital printing.  I add that very few photographers now even continue to print in traditional wet darkrooms.  Darkroom photographs are time consuming to create as there are many steps involved in creating just one perfect photograph from developing,  double fixing to the long wash bath, selenium toning, a second bath and the drying process. Even setting up the darkroom to get ready for printing and cleaning after printing is a time consuming process.
(For this of you who want a more technical explanation, I have added that at the bottom of this blog posting.) 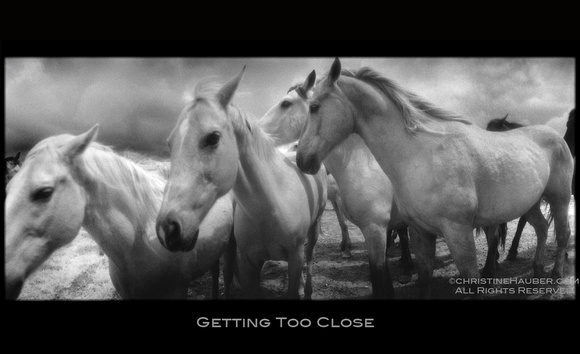 Technical Information
Archival paper is specially coated with a clear gelatin matrix holding light-sensitive silver halides. For gelatin silver prints, these silver halides are typically combinations of silver bromide and silver chloride. In a darkroom with a red light, exposure using film negatives in an enlarger is typically done, although contact printing is also an option for those with larger negative. When light passes through the negative and strikes the paper, the silver halides form small specks of silver metal on their surface. Light causes a reduction of the silver salt to silver metal. This exposure is the greatest in areas of the print corresponding to clear parts of the negatives, which become the shadows or high density areas of the print. This process is the formation of the latent image, as it forms an invisible image in the paper that is then made visible by development. When the exposed paper is placed in the developer,  the silver halide particles that have a latent image speck on them transform into metallic silver.  Within minutes in the developer, the image becomes visible, but the remaining unexposed silver halide must still be removed to make the image permanent. After the development is complete, the print is placed into the stop bath which stops development and prevents the developer from contaminating the third bath, the fixer. The fixer, typically sodium thiosulfate, is able to remove the unexposed silver halide from the paper by forming a water soluble complex with it.  After fixing the paper, often a second fixing bath is performed.  Then a long water wash follows and aids in the removal of the fixer from the print, leaving an image composed of silver particles held in the clear gelatin image layer. Toning is sometimes used for permanence or aesthetic purposes and follows the fixing step. Selenium, gold, and sulfur toners are the most common and act by either partially converting the silver to another compound (such as silver selenide or silver sulfide) or partially replacing the silver with another metal (such as gold).  These final photographs are typically displayed using framing with archival mats and backing board.